a tragedy in italy

today the cycling world suffered a horrifying loss. wouter weylandt, a 26-year-old belgian cyclist, died during a descent in the third stage of the giro d'italia. 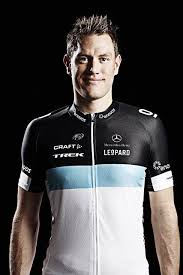 wouter just joined the schleck brothers' leopard-trek team at the beginning of the year. he spent most of his professional career with the quickstep team, and he was one of the most talented sprinters in the pro cycling world.

his death is particularly horrible because he leaves behind teammates, fans and his girlfriend - who is five months pregnant.

cycling is a dangerous sport. i watch it whenever i can, and i'm constantly squeezing my eyes shut as the cyclists peel down some of the highest mountains in the world with nothing between them and the pavement (or a ravine) but flimsy spandex. each death, when it happens is rare - but also profound. when andrei kivilev died during paris-nice, the uci (cycling's governing body) instituted a mandatory helmet rule.

but when you're traveling upwards of 70-80 mph down a mountain road that curls like a raging river, sometimes surrounded by other cyclists, hovering at the mercy of your milimeter-thin wheels - what can you do? what can we do as fans but love the sport for what it is? wouter died during one of the three Grand Tours (the other two are the vuelta a españa and of course the tour de france). in this sport there is no bigger stage, no better example of why we love it than the sight of a cyclist in a colorful jersey whipping down a mountain, for a moment like he is flying - hands in the air, victorious.

wouter was one of the best. he will be missed. and more importantly - remembered.